Heikki, how did you end up in Sweden?

I decided to go to Sweden to exchange in order to improve my crappy Swedish language and to experience floorball outside of Finland. The city I lived in was an idyllic small town called Lund, located in southern Sweden.

What made you choose Lund?

I was scanning different alternatives in Sweden and quite quickly Lund started to seem to be the best one. The university there is the second biggest in Sweden and it is located right next to Malmö and Copenhagen, the capital of Denmark.

At which level did you play floorball and what was your first impression about the team?

It was in the autumn of 2008 in a 3rd division club, Lugi innebandy. My first impression was awesome! The average age in the team was about 20, so the players were as old as I was at that time. I had thought that the Swedish 3rd division might be comparable to the Finnish 2nd division, and I think that was the case. 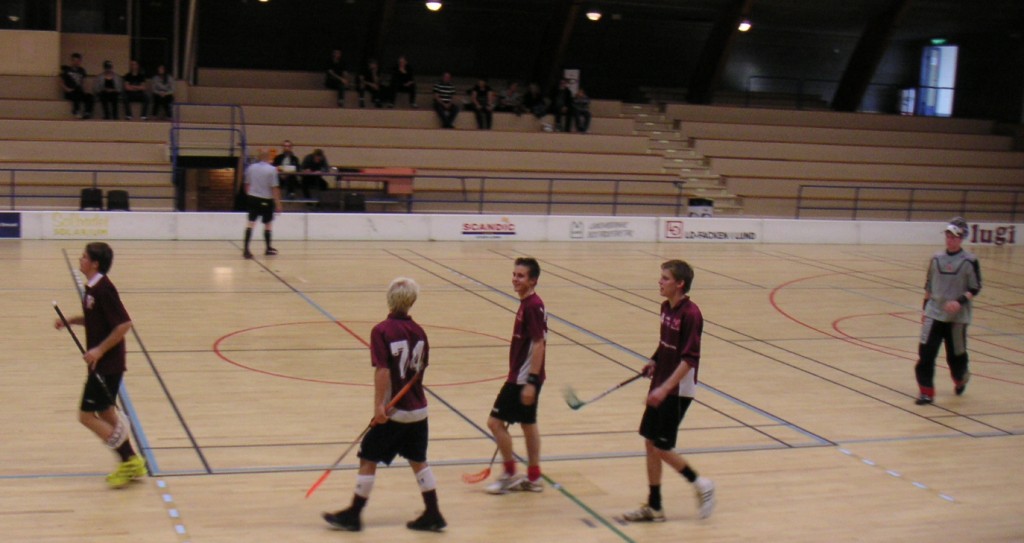 Were there any other foreign players? Any coincidences related to the language for example?

There were no other foreign players. At first I spoke English with the other guys, but quite soon I started to get along using Swedish. Talking Swedish with my teammates was for sure the biggest reason I was able to improve my Swedish a lot.

There was one coincidence for which I was ashamed although it was not language-related. We had a training game against Lugi II, which was a 4th division team, if I recall it right. It was my first opportunity to really show my “skills”, so I had a lot of energy. In the first shift I tackled one of the opponent’s defenders in an ugly fashion over the boards. So I got a 5 minute penalty in the first shift.

How did you practice and what was different in the games?

We had trainings twice a week and on average one game per week . Typically we had drills during the first 15 minutes and the rest of the time was used for playing – that was very different to what I was used to in Finland. In the games we had 3 lines, but only 2 of those played. We had a cozy “half field 2-1-2” fore-checking system throughout the autumn, so it was not problematic to play with only two lines.

In case something did not work out, the other playing line was benched as a whole. At first this was a bit weird to me, but soon I realized that the system worked out fine. There were a bit over 15 field players in the team. There were no long trips, since all the other teams located inside 30 minutes from Lund. 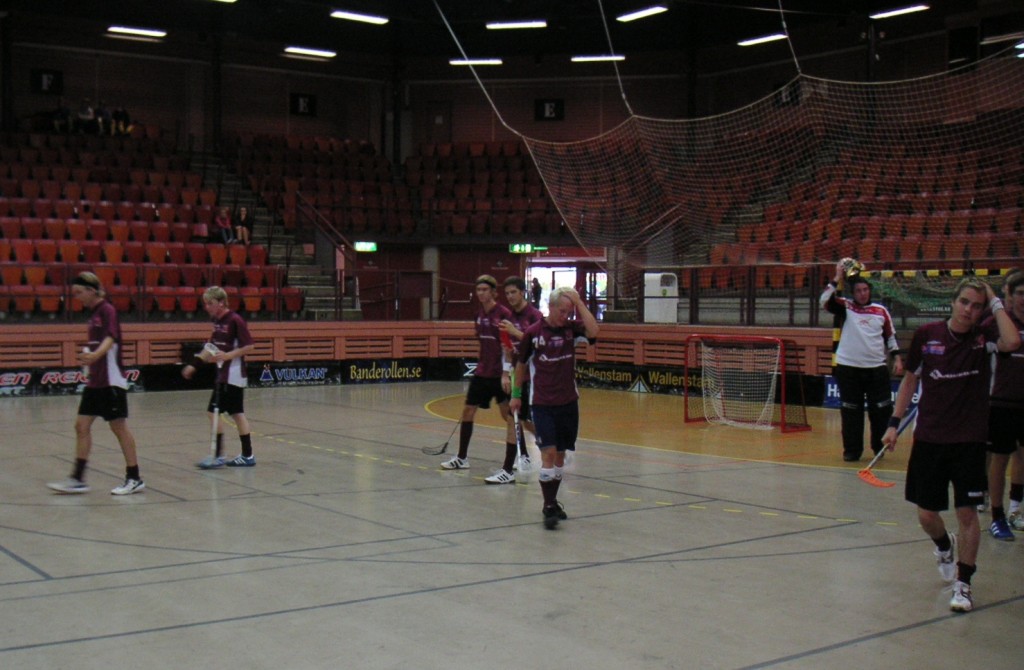 So how did you perform in Lugi?

In the first trainings I was on fire! I don’t remember playing that good ever before. Maybe it was because of the extra energy I got from being able to show my skills abroad. For the first 2 weeks I felt I succeeded in everything I tried. It was a fantastic feeling! Little by little the ecstacic feeling started to fade away and my level of performance decreased. The temptations that came along with the exchange studies were probably one reason. In the beginning of the season I was in the first two starting lines, but as the autumn progressed I found myself sitting on the bench. I am sure I was able to help the team, but as I think about it now it could have been better as well. Especially considering how good I was at the start. 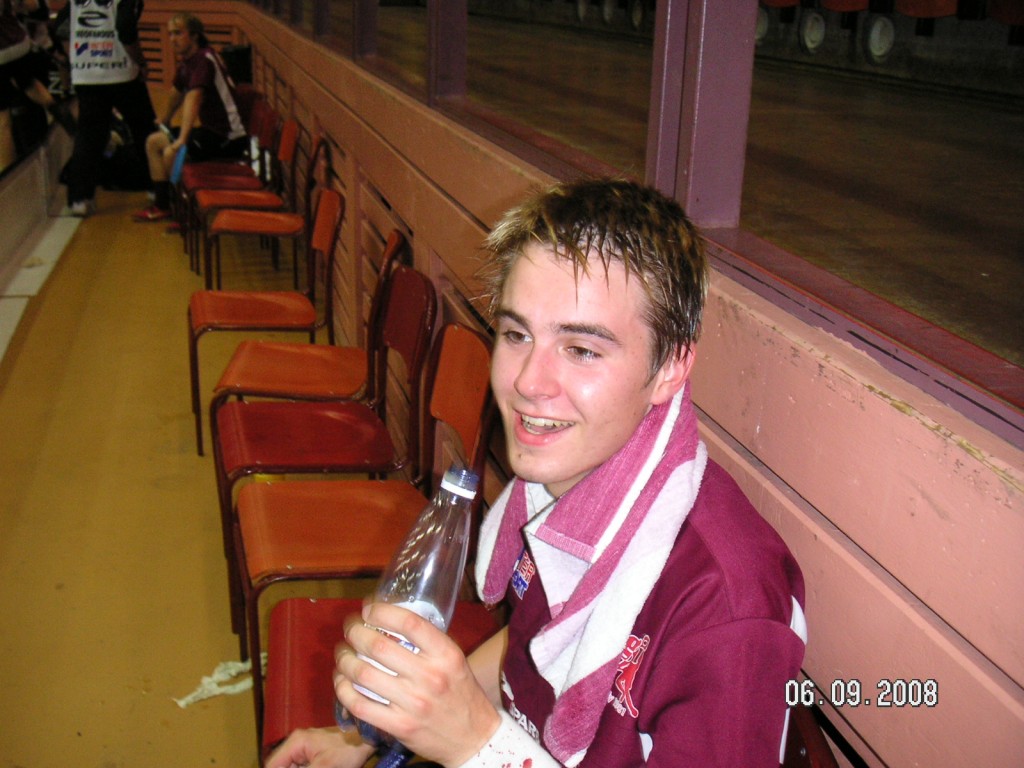 How was studying there?

I completed the amount of courses that I was supposed to. The quality of teaching at Lund was at the same level than in Finland. The exchange was a great experience in every perspective. As a tip to anyone going to exchange: don’t take too many courses so that you have time to enjoy the country.

What else did you do besides studying and playing floorball?

I don’t think there are problems finding things to do when you are studying abroad. There are parties almost every night where you can hang out. During my exchange I also visited London, Amsterdam and Copenhagen. Actually I went to Copenhagen many times because you could reach it within 45 minutes by train.

The floorball team took me immediately with them to whatever evening program they had. The “sauna events” were quite similar to those in Finland – except that no one went to the sauna. I got along with the team very well. 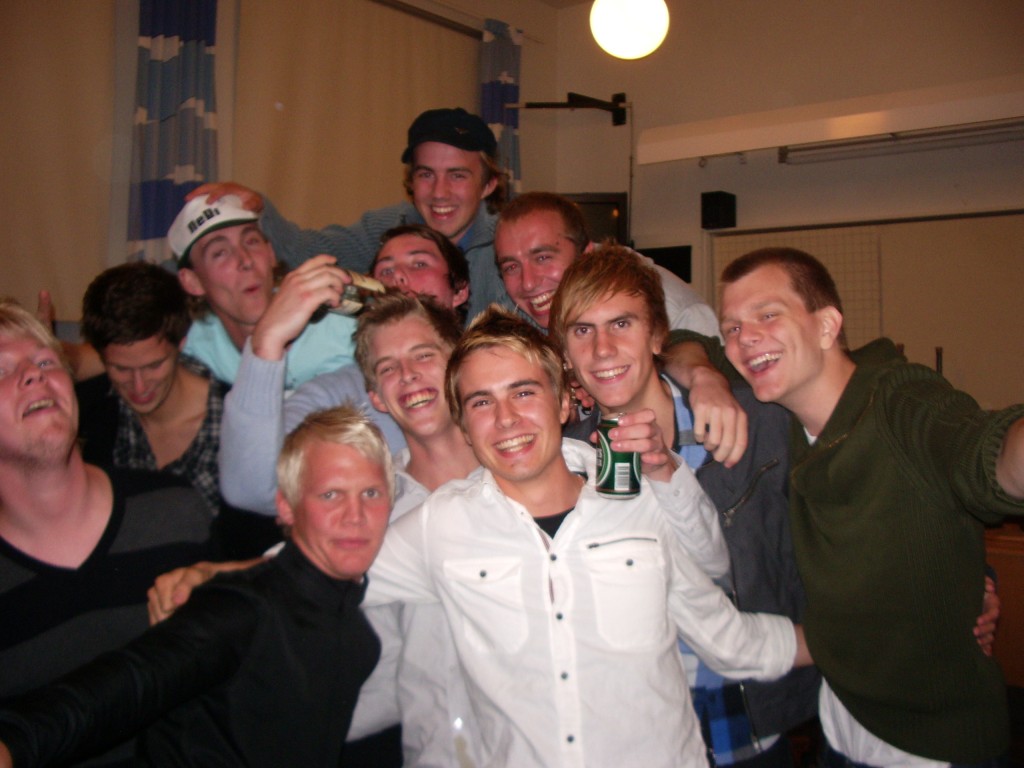 Have you ever thought about going back?

I am still interested in playing abroad, but I think I would choose some other country to see how floorball is elsewhere. I have visited Lund once after the exchange to meet the friends that I got there.