Hello Juha, we start again by asking about your background in Soittorasia.

I have played only one season in Soittorasia. I did it as one of the goalies of the second team, having been invited to the team by Tuomas Punta, the first goalie of the team at the time. It was season 2008-2009 and we played in 2nd division. The season ended in a relegation which was a huge disappointment. It was my first season in a level where there are individual matches instead of tournaments. Sadly, it took me a while to learn how to play these matches. It didn’t help the adaptation that I played in the team of Lyon in the French league the previous season. The league was the only level in France at the time and it consisted of 10 teams. That season was played in only four tournaments.

So why did you decide to go abroad and to Geneva?

My story is very similar to that of Tuukka Pöyry’s so I would recommend reading it before continuing. I also went to Geneva, Switzerland to do my master’s thesis at the European Organisation for Nuclear Research (CERN). But I went there few months before Tuukka, in February 2009. Some of you might notice that this meant that I had to leave before the end of the season 2008-2009. So in a way I was abandoning a sinking ship. I’m not particularly proud of that. I had chosen my engineering career over my floorball ”career”. You may laugh now.

Tampere University of Technology (TUT) was participating very actively to CERN projects at the time, mostly in collaboration with Helsinki Institute of Physics (HIP). This meant that we were few lucky master students who had the opportunity to go do the master’s thesis at CERN. I had returned from my Erasmus exchange the previous summer and I found Finland very depressing after the experience. Also, I had finally learnt to speak French fluently during the exchange year so the threshold to go to Swiss Romande was very low. And finally, the economic crisis hit Finland in the fall of 2008 and it seemed impossible to find a company which would have funded my master’s thesis. So it was a very easy choice in the end.

What was the level and the name of your team in Geneva? 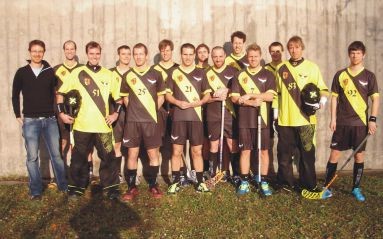 The second goalie noticed how much he was appreciated in the team during the second season and he left the team. He wasn’t very good a goalie but the problem was especially his attitude. He did only half of the trainings and he didn’t really know how to act in a team. I’ve seen him play later and have to admit that he has made a lot of progress since. Anyway, I’ve been in the first team after that and nowadays I’m clearly the first goalie.

How about your first impression about the team?

In the beginning, my feelings about the team were very similar to those of Tuukka. But then I adapted little by little. We’ve been changing the level between the Swiss 1st and 2nd league. The equivalent levels in Finland are the 2nd and the 3rd division. We have the potential to become a decent team in the 1st league but people lack the motivation. So now we’ve gotten more or less satisfied with being in the top end of the 2nd league. I would prefer playing against better individuals and teams but have to face the facts.

My experience on the Finnish series is already a bit out-dated but I still dare to compare the Finnish and the Swiss leagues. I’ve understood by reading that in the highest level (Swiss NLA) few top teams are as good as the counterparts in Finland but that the level drops significantly behind the best 4 – 5 teams. I would imagine that the same goes for the second highest level (NLB). There are in total 2 groups in the Swiss 1st league whereas there are 8 groups in the Finnish 2nd division. I would assume that the top Swiss teams in this level are more or less like the lower half teams in Finland. The Swiss are better physically but the Finns have better technique and tactics.

Comparison between the Swiss 2nd league and the Finnish 3rd division is hard because in Switzerland, that level already has individual matches. This makes it much more interesting, although the level is probably not very different to the Finnish one.

Were there any other foreign players at that time?

Geneva is very international and we have had few foreigners playing. There was a very talented Latvian guy playing the season 2009/2010 and apparently he is nowadays in the Latvian national team. For many years, one of our best players was a guy from Czech Republic. At the moment we are only two foreigners in the team. Me and another Finn who happens to be the best player of the team. Even though he has never time to come to the trainings. I’ve been wondering what all the Swedes living in Geneva are doing in their past time…

What are the best floorball-related memories you’ve had? What about the worst?

Probably the best memories related to floorball are from pre-season tournaments. We get invited every year (until now, at least) to a tournament in Yverdon-les-Bains. There we get to play against NLB teams and end of last August we even played against the A-juniors of Wiler-Ersigen. There’s no need to search for motivation for those games and I’ve played by far my best games there. The same goes for the whole team.

It’s hard to select the most bitter memories but it’s always very hard to get relegated. And that has happened to me already a few times… 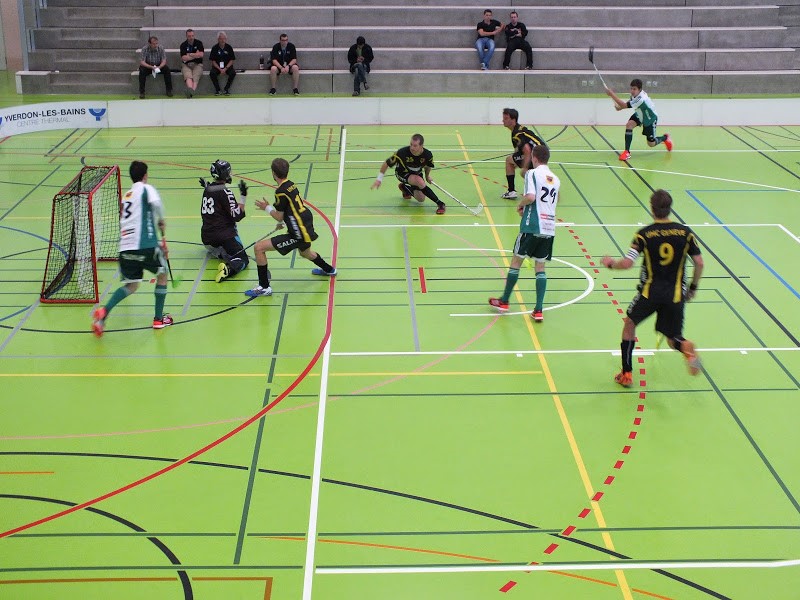 How was the training culture in Geneva?

We train twice a week; every Tuesday and Thursday from 20 to 22. Needless to say that the late schedule makes the next morning a bit rough. Two hours is too long because the result is that we don’t do things efficiently. As Tuukka mentioned already, the first half and hour (20-20:30) is indoor football. Apparently it is the only way to motivate some of the players to come. And because we don’t do anything serious in the beginning, half of the team arrives 15 minutes late. This makes it very motivating to assemble the rink in the beginning with only a few guys…

I try to do a proper warm-up individually while the guys are playing football. Then we start the training at 20:30 more or less. At that point half of the players are tired and the second half are not yet warmed up. The most interesting time for me is from 20:40 to 20:50 when we do a couple of exercices. Then we play from 20:55 to 21:50. Usually there are only around 10 players plus the goalies which means that I’m waiting more than playing. And the guys are so tired that the level of the game never gets very high.

I tried to change things few times but people don’t like changes. So in the end I had to adapt.

How would you describe floorball’s position in Switzerland? What are the differences when comparing it with Finnish floorball?

I haven’t watched regular season NLA matches so hard to compare it to the Finnish Salibandyliiga. In the Swiss 1st/2nd league, there’s almost no one watching the games. But many of the teams come from small villages and there can be even 100-200 people watching their home games. I guess there are not so many things to do there on a Saturday evening…

The level of refereeing is horrible in Switzerland. Not only are the referees completely incompetent, they are also openly against the French speaking teams. Often the games remind me of wrestling more than floorball.

Many of the sports gyms in Switzerland are quite small. Because of this and the difficulty of finding enough players for a team, there is a small field competition which is as popular as the floorball as we know it. There are five levels in both the big field and the small field competition. In the small field, the rules are otherwise the same as in the traditional version but each team has three players and a goalie on the field.

How would you describe your work and life abroad, outside the floorball court?

It is extremely interesting to work in a multicultural environment. CERN has people from all around the World and the cultural differences can be quite big at time. Yet, everyone manages to make it work. In addition, the work topics are very interesting so there are no boring days.

I’ve been around for so long that I start to have a big group of friends. We do all sorts of random things. Worth mentioning are at least BBQ evenings by the lake and ski and hiking trips to the mountains. We have few outings per season with the team but I’d like to have more of them. There’s no culture of sauna nights with the team. 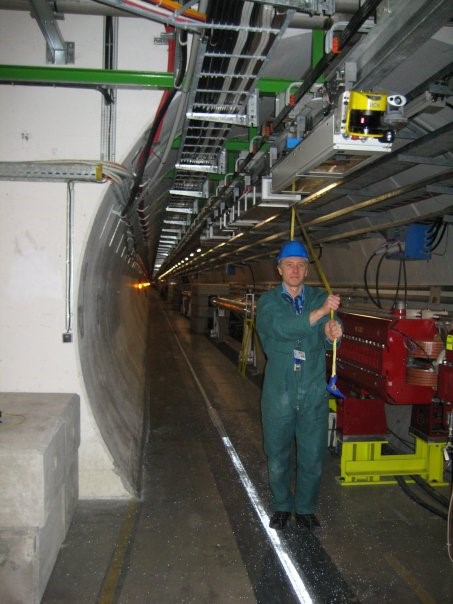 Juha working in the LHC tunnel.