Turkka, please tell us first about your background in Soittorasia.

I’ve played in Soittorasia for four seasons (03-04, 07-09, 13-14) as a defender/center and truly enjoyed my time there. Everything concerning floorball was done with full dedication but not too seriously. This ensured great practices and games and at the same time relaxed and fun atmosphere with a bunch of great guys.

My best memory there is probably 08-09 season, when we went on to the 1st division qualifications with an unbelievable 10-game winning streak in the end of the season. It’s just too bad that we had some injuries and a small roster in the qualifications and did not make it up. Other great memory came last year when we made it to the small final of Finnish Cup with a gutsy performance all year long.

Why did you decide to move abroad?

My dream was to play in either Czech or Swiss league and the exchange student program of my university made it a really easy choice to tackle both school and playing. I ended up in Ostrava and Czech Republic first time back in 05-06 and it was a combination of school and playing. The second season there came in 09-10 and then I was there only for floorball. 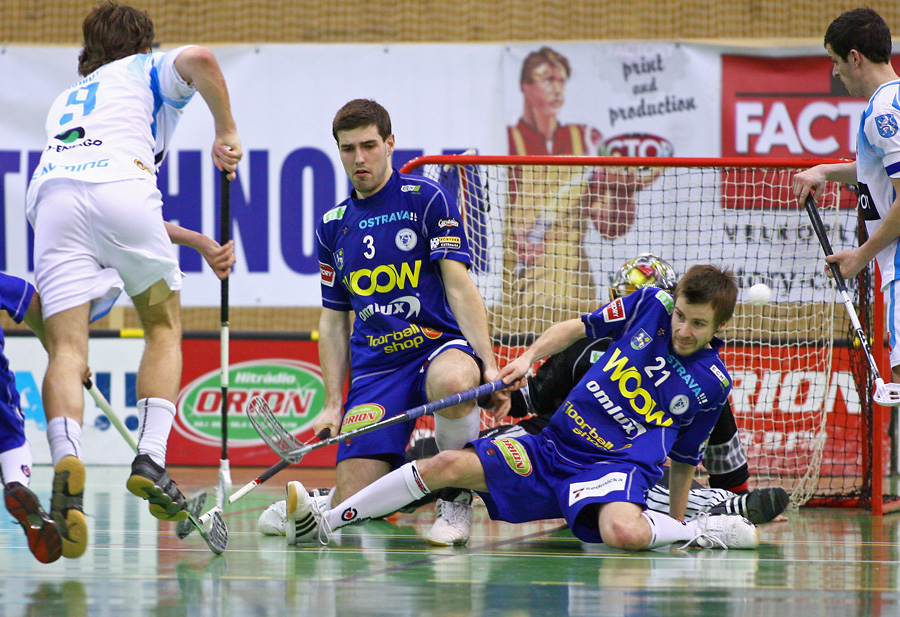 How did you end up in that particular location?

It was just a lucky coincidence. Most of Finnish guys back then were going to Swiss league and I just kind of wanted to take the road less travelled. So I found out that my school had a position in eastern Czech in a city called Ostrava and that sounded perfect for me. Then I just contacted the coach of Vitkovice and things went on from there quite easily. First time I came to Vitkovice in 2005 – the team was a really young group of talented guys, but not yet a true contender for the Czech Extraliga title. We still made it easily to the playoffs, but did not have the experience to make it any further. Second time there in 2009 was totally different, the team was still pretty much the same, but 4 years older, and the guys were the defending champions from the previous season.

Your first impression of the team?

Well you could see it from the start that Vitkovice was full of really great players, the only problem was that they were all under 20 back then. The guys there took me in really well and I got a lot of life-long friends of them. The league itself was a lot more physical than Finnish game back then, but once you got used to the referee line it wasn’t such a big deal.

Were there any other foreign players at that time? What about the cultural differences?

I was the first ever foreigner to play in Vitkovice, so I was kind of a pioneer there. About half of the guys spoke good English and with others I got along really well even though we didn’t share a common language. I remember evenings when I played NHL with a friend who didn’t speak any English back then and we had no problem getting along! I also learned basics of Czech so I could understand some that the guys talked about, on the second season I even understood most of what our coach talked about.

Couple of funny things I remember from cultural differencies were about drinking. First thing I noticed was if I ordered milk during lunch breaks at our away trips, the folks at the restaurant stared at me with question marks in their eyes and then after some time usually came straight out of the kitchen and gave me milk in some coffee mug or measuring dish! So they really didn’t drink milk at the restaurants that much. Other time was on, I think our X-mas break, when we had been celebrating with the team the night before and on the next morning my friend took me to eat at his grandparents place. I had quite a huge hangover and the grandpa brought me like 10cl of local plumb boose (Slivovice, usually 60%). I politelty said no, but he just sat there and stared at me with no common language until I finally drank it. You just can’t refuse drinking that stuff there. The good thing is that after three of those my hangover was gone!

Achievements in the Extraliga?

On the first season there we achieved Vitkovice’s first ever Czech Cup medal in the color of silver. My second season led us to the Extraliga finals which we unfortunately lost 3-2. The 2009 Eurocups were also a disappointment for us as we ended up on 5th position, but on 2010 the guys went all the way to the final game losing Eurocup gold to Storvreta 6-3. As a personal achievement I give the most value to the comments of Czech national team coach who said to me during 2010 finals that if I was a Czech I would play in the national team. I was also lucky enough to be chosen to the 10 player list from where the Extraliga male player of the year 2010 was chosen. For a guy that has no hands and is considered a defending defender, these credits were huge from a personal point of view.

Are those also your best memories?

Actually the everyday living around floorball and friends is the best thing about it all. Dressing room life, poker evenings, away trips, pub evenings etc. The worse experience is maybe the moment when we were leading the final series 2-1 and the fourth final 3-1 10 minutes before the end in front of almost 3000 home spectators, and then losing the game 3-4 and losing the title in the fifth game. Afterwards it’s just a moment that grows you up as a person, but then it felt really heavy. 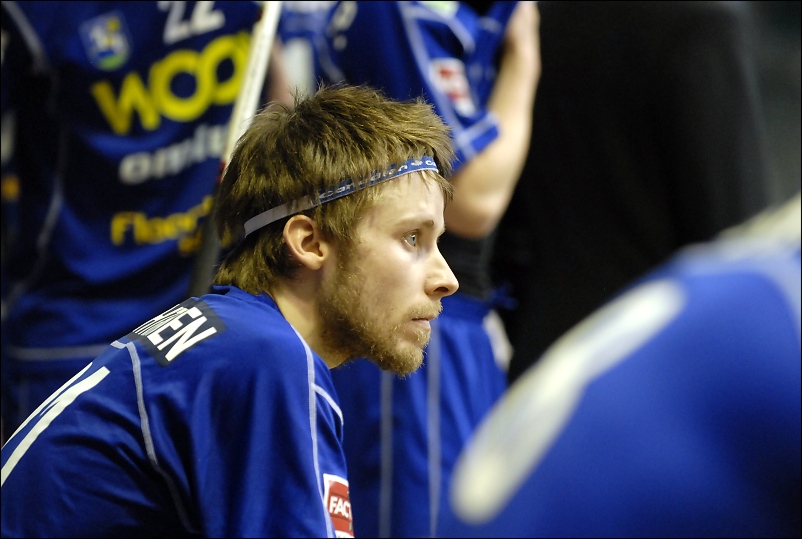 What would you say about training with Vitkovice? What differences there are in general compared to Finland?

The practices with Vitkovice were quite good, the coach there was also the U19 national team coach back then and he had good fresh ideas for floorball. Compared to Finland the main target was to focus on the personal skills and not so much on the tactical side of the game. We played really active and innovative game then and our coach trusted more on our skills and chemistry than tactics. The level of the league was pretty much like in Switzerland, about four to six top teams could make it in Finnish league and others were pretty much 1st division level. The spectator amounts and popularity of floorball were pretty similar to Finland, but the tactical side and the junior work was about 5 years behind the best Finnish teams.

Okay. What about the status of Floorball in Czech Republic?

It’s getting better each year. For example last spring as they played the final game (these days Czech league final is one single game) the O2 arena in Prague was almost full with about 11000 spectators watching it.

And the studying part – any funny coincidents? What else did you do besides studying and playing floorball?

Well the studying part of my first year there wasn’t that active, but I managed to get the courses I needed for my degree. For example one of our economics classes were held in a pub and the professor recommended us to order some beers to go with the economics lesson!

Basically I didn’t have much time for travelling because of the practices and games, but I still managed to see a lot of Middle Europe during my seasons. Free time went in cafes, with friends, playing playstation and watching a lot of movies. With friends we played a lot of poker and also during free weekends visited the pubs for some beers as it is traditional for the local culture.

Have you visited Ostrava ever since?

Well I went back to Vitkovice already once, but I think I’m getting too old to go there the third time! I actually visit Ostrava at least once a year to see the friends there. And as many of our old players have played or play currently in Swedish, Swiss or Finnish leagues, we get together usually once a year during a summer tournament in Ostrava and enjoy floorball together! 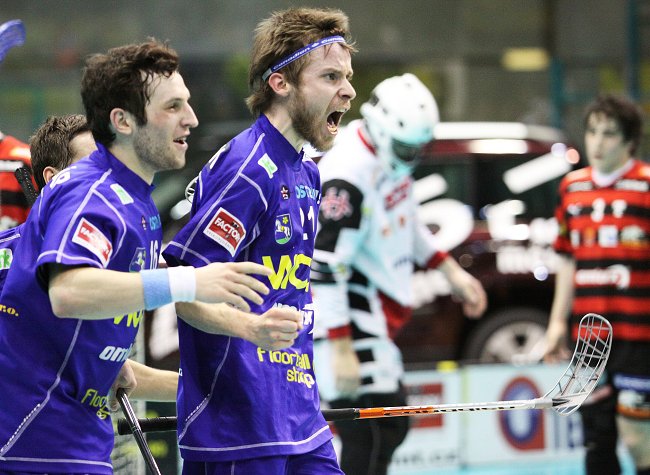